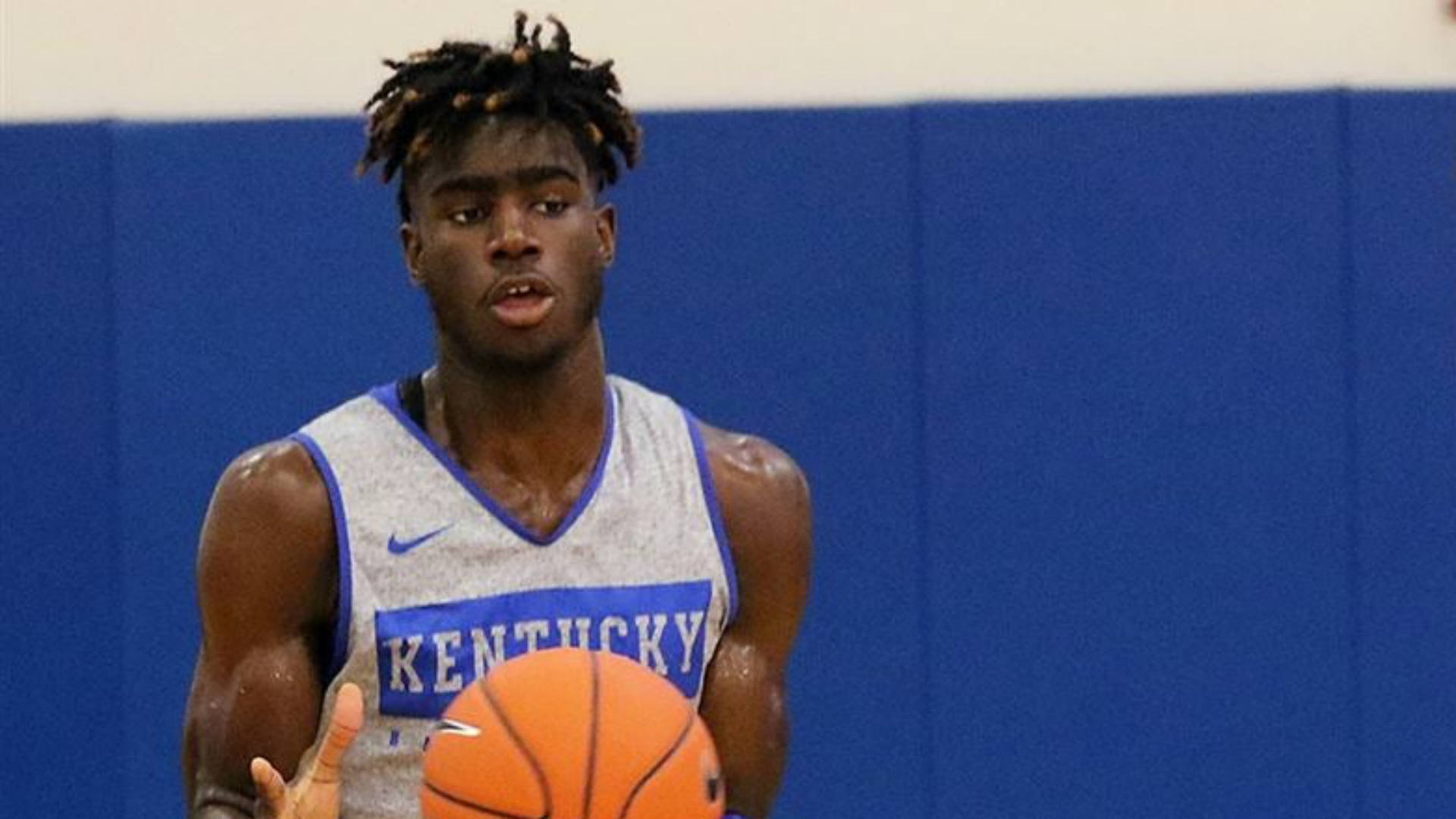 There are those who would say that if one is planning to leave the Kentucky Wildcats basketball program, there might be no better time than on the eve of a trip to Lubbock, Texas.

Lubbock jokes are easy, especially for those who’ve never been there.

No one ever said this would be a layup, even for a player such as Kahlil Whitney, who was a McDonald’s All-American and ranked No. 11 in the 2019 recruiting class by 247 Sports. He was considered the prize of Kentucky’s class, a designation that in the past has often led to status as an All-American or a lottery pick.

MORE: Chaotic teams worth your attention ahead of NCAA Tournament

Now, for Whitney, it has resulted in entry to the NCAA transfer portal. He announced the decision via social media Friday. His most likely destination, according to recruiting sources, is Georgetown, but schools closer to his Chicago home — Illinois and DePaul — figure to try to convince him otherwise.

Whitney’s stature as a prospect helped lead to a spot in the Kentucky starting lineup on opening night in the Champions Classic against No. 1 Michigan State. It did not, however, lead to all that many points or rebounds. He started eight games before coach John Calipari decided to try something else. Whitney averaged 13 minutes per game. He shot 37 percent from the field and made just four 3-pointers.

What Whitney is doing, though, leaving the UK program now — halfway through the season, with the Wildcats ranked No. 15 and attempting to build toward another SEC championship and NCAA Tournament run — is entirely pointless.

He loses at least 15 games of college experience that he’ll never recover. Whenever his next year in college starts — perhaps this autumn if he can secure a waiver of the year-in-residence rule, perhaps in 2021 — he will have sophomore eligibility.

He will lose the opportunity to develop in practice. It’s not like players never improve at Kentucky. Ask wing P.J. Washington, for instance, or Chicago’s own DeAndre Liggins.

In the 2010-11 season, Liggins became a defensive specialist for Calipari and averaged 32 minutes a game, after averaging about 16 in his first two seasons. He became a key to the Wildcats reaching the Final Four.

It’s also not as if we’ve never seen a player struggle through much of his freshman year and then blossom in the game’s biggest spotlight. In his freshman year, Duke’s Grayson Allen played more than 20 minutes just twice. In the NCAA championship game, however, he played 21 minutes, scored 16 points and was the essential ingredient in getting the Blue Devils past Wisconsin for the 2015 NCAA championship.

Kentucky had not given up on Whitney. He played 10 minutes in the loss to South Carolina, but when he got only four minutes combined in two subsequent games, it appeared things were not moving in the best direction.

His season might have been recovered, though. A positive approach and a few dropped shots might have increased his playing time. It wasn’t too late for him to get something positive out of his freshman season.

Now, he’ll just move on, leaving all that possibility unspent.

Despite what some coaches say, there is nothing wrong with the NCAA’s “transfer portal.”

It’s all in whether one chooses to use it wisely, which did not happen here.

Strength of schedule for all 32 NFL teams: Which teams have...

admin - May 7, 2020
0
Determining the NFL team that has the toughest schedule is an inexact science because of the unpredictable nature of a given season; the same...

NFL schedule release date 2020: When to expect an announcement, strength...

Andrey Rublev Is A Man On A Mission | ATP Tour

PCB to bid for ICC events with Emirates Cricket Board –...