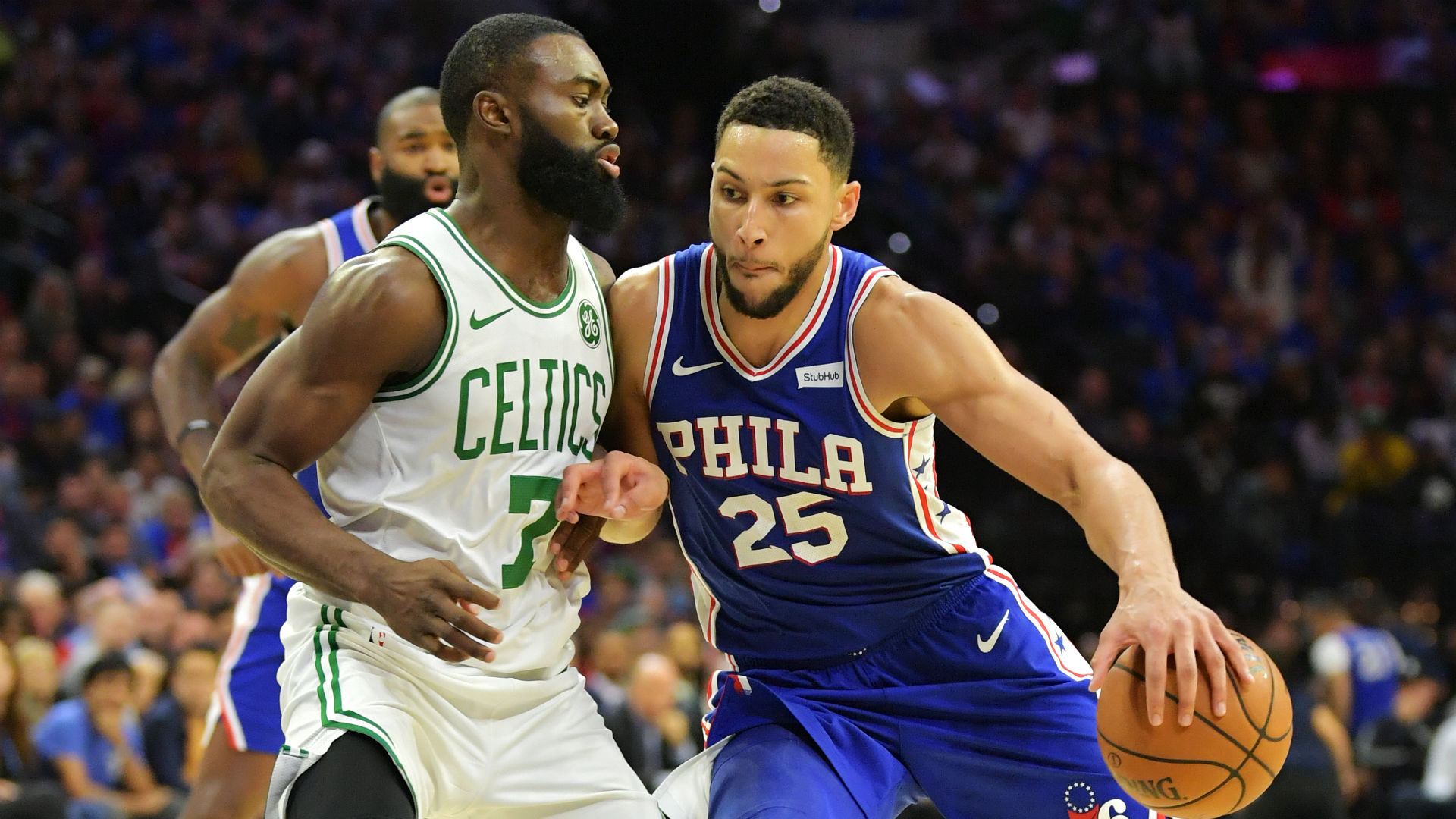 Thursday night’s reveal of the 2020 NBA All-Star starters didn’t stir up much controversy.

The Western Conference starting five was easy enough to predict, and while some fans might quibble with the Eastern Conference selections, that could be more a product of positional designations than the actual votes. Jazz center Rudy Gobert speaks for a lot of frustrated NBA fans and analysts — sorry, Jimmy Butler.

Why is Jimmy not listed as a guard?

How about we rectify the situation with the reserve picks? There will be snubs with only seven spots left in each conference (two guards, three forwards, two wild cards), but that’s always the case ahead of All-Star weekend.

(Note: Sporting News did not have an official media vote for All-Star starters this year. Reserves are chosen by NBA head coaches.)

Simmons has been a defensive monster this season. He leads the NBA in steals per game (2.2) and is fourth in deflections (3.8). His aversion to the 3-point line will always be a problem, but he is averaging 16.0 points and a career-high 8.5 assists per game while shooting 57.8 percent from the field. He is also a primary reason why the Sixers are 5-3 without Joel Embiid.

The veteran point guard makes his presence felt every second he is on the floor. His efficiency isn’t great (40.8 percent from the field, 34.8 percent from 3-point range), but he is averaging 20.0 points, 7.5 assists and 4.5 rebounds with the usual defense, hustle and leadership. The Raptors are only a game out of second place in the East. They wouldn’t be in that position without Lowry.

Again, Butler has a strong case to start, but you know, positions. He is thriving individually in Miami (20.3 points, 7.0 rebounds, 6.5 assists) without swallowing up possessions (a usage percentage around 25, similar to Kristaps Porzingis or Montrezl Harrell). Butler is a legitimate two-way star. Just ask Heat coach Erik Spoelstra about his impact.

And Butler’s buddy is coming with him. Adebayo is the perfect small-ball center. He is a capable scorer and rebounder (15.8 points, 10.5 boards per game), not to mention an underrated passer (4.6 assists). He can protect the paint, but he is quick enough to switch on the perimeter without getting dusted by smaller guards. The scary part? He is 22 years old.

Sabonis is a double-double monster, third in the NBA (34) behind only Antetokounmpo (37) and Andre Drummond (36). He has terrific footwork and feel around the basket, giving Indiana’s guards an ideal pick-and-roll partner. It’s no surprise he is second in screen assists (7.1) after the masterful Gobert (7.8).

The NBA’s best team deserves another All-Star, and Middleton is the logical choice. He is hovering around 20 points per game and shooting the lights out (50.0/42.1/88.9 splits on field goals, 3-pointers and free throws). He has also been a key contributor for the Bucks’ dominant defense (No. 1 in defensive rating by a significant margin).

Tough call on the last wild card between two Celtics forwards. Tatum slides above Jaylen Brown despite being less efficient. Both players are strong defensively, but Tatum has to shoulder a heavier offensive burden and is closer to the No. 1 option when Kemba Walker isn’t running the show. There is also a much larger dip in performance when Tatum sits compared with Brown.

It would be completely understandable if Brown receives the nod over Tatum, but it’s hard to kick any other reserves out. Don’t be wicked mad, Bostonians!

Sure, the Blazers aren’t very good. Don’t blame Lillard. He is averaging a career-high 28.3 points per game while shooting 45.0 percent from the field and 37.4 percent on 3-pointers. That would be impressive on its own without factoring in the brutal run of injuries for Portland. It’s basically been “Dame Time” all season long.

Booker is right around his scoring numbers from last season but way more efficient in 2019-20 (58.4 true shooting compared with 63.0). He has taken a few steps forward as a defender (like trying), and Phoenix goes from an average team with Booker on the floor (1.9 net rating) to the bottom five when he’s on the bench (minus-5.5 net rating). Give the guy his first All-Star appearance.

Speaking of first-time All-Stars, this has to be a lock. Gobert is once again a worthy candidate for Defensive Player of the Year, and he’s scoring 15.6 points per game on nearly 70 percent shooting. He was the biggest snub last year, so let’s not do this again. Jazz fans might riot.

“The Joker” started slow, but before you yell about his placement here, check out his numbers since Dec. 1 (27 games): 21.8 points, 9.8 rebounds and 6.7 assists per game on 53.9 percent shooting and 39.2 percent on 3-pointers. He is one the top offensive creators in the game, regardless of position.

When the Pelicans dropped down in the West standings after a 13-game losing streak earlier this season, it felt like they took Ingram’s All-Star chances with them. However, New Orleans is not yet out of the race for eighth, and Ingram should be recognized for his efforts. He is averaging 25.5 points per game (10th in the NBA) and has seen a major jump in efficiency (39.4 percent from 3-point range, more than 6 percent better than 2018-19 with the Lakers).

Mitchell has been a major contributor during the Jazz’s recent stretch of 18 wins in 20 games. He reaches his usual individual totals (24.7 points, 4.2 assists, 4.2 rebounds) but doesn’t seem to hurt Utah’s ball movement. Gobert’s case is more airtight, but Mitchell is a solid pick.

Thought Paul would disappear in Oklahoma City? Nope. The 34-year-old has been outstanding for the Thunder, especially when the game is on the line. He is the top clutch scorer in the league and shooting an absurd 53.6 percent in crunch time. Once he reaches the elbow, defenders should simply walk back toward the other end because it’s cash. Glad to have you back, CP3.

George and Towns are unquestionably All-Star-caliber players, but the lack of playing time is too much to ignore. George has logged only 26 games (799 minutes) this season, and Towns is at 27 (901 minutes). Compare them with someone like Ingram (40 games, 1,386 minutes) or Paul (45 games, 1,430 minutes), and there isn’t a ton of room for debate.

admin - January 26, 2020
0
ST. LOUIS — The primary contestants in the Battle of Alberta promised to play nice during All-Star weekend, and play nice they did. Well,...

Rory McIlroy well placed for world No 1 bid as Tiger...