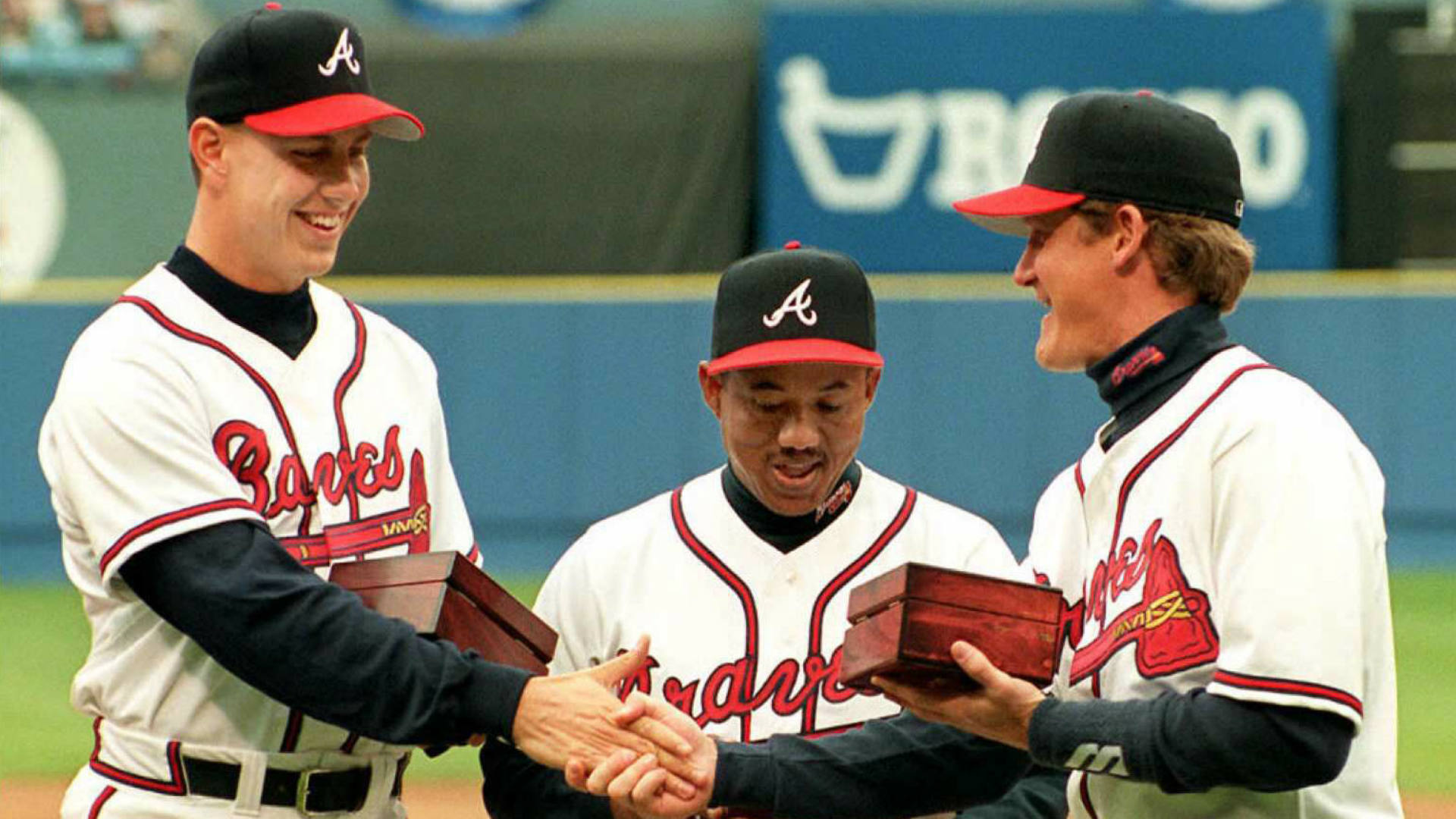 With Opening Day 2020 delayed because of the coronavirus pandemic, Sporting News staffers look back at their most memorable Opening Days from the past.

Opening Day always feels special. Each one brings new hope and new excitement. Some are more memorable than others, and some are memorable for reasons that have little to do with what happens on the field.

My most memorable Opening Day came April 1, 1996 — my first ever Opening Day. I was a sophomore in college, and my friends and I drove to Atlanta to see the Braves host the Giants, but also to see the Braves get their 1995 World Series rings. It had the makings for a great day, but the experience was doomed pretty much from the beginning.

MORE: 15 things we miss most about baseball, ranked

For starters, we left our dorm without our tickets — but we didn’t discover this until we were almost to Atlanta. So once we arrived in the city, we spent a good amount of time trying to find affordable second-hand tickets on the street. We finally got some, but then it took a while to find a place to park. By the time we settled all that and began our walk to the stadium, the pre-game ceremonies were well underway, and, spoiler, we missed the Braves receiving their World Series championship rings.

We also missed most of the first inning as we made our way to our seats in the upper deck at Atlanta-Fulton County Stadium. I remember hearing the radio call of a Ryan Klesko first-inning homer as we scurried through the concourse. Among the other things we missed during that 15-minute span: in-his-prime Greg Maddux pitching to in-his-prime Barry Bonds. Suboptimal.

When we finally got to our seats in the upper deck, I quickly realized I was in for a long day. This was a 1:10 local start, and the temperature was 55 degrees. Not terrible, but the wind was swirling in the upper deck and I was dressed in shorts and a T-shirt. So it felt much colder than 55 degrees. I vaguely remember telling myself that morning to dress warmer, but then convincing myself things would be better by game time because, hey, it’s Opening Day, it’s spring in the South! It’ll be fine! It wasn’t fine.

The weather became such a factor for me that I barely remember much about the game other than generalities. I remember there were a lot of home runs (seven, according to Baseball Reference), but I don’t recall seeing any of them. Apart from the Klesko homer I mentioned earlier, the other one I remember came from the Braves’ Jerome Walton. And I only remember that one because I heard in the car — because we left the game around the seventh inning to escape the chilly wind. It’s still the only time I’ve left a game early. The Braves won the slugfest, 10-8.

On a somber note, I also learned during the radio broadcast in the car that umpire John McSherry had died. He had a heart attack and collapsed seven pitches into the Reds-Expos game in Cincinnati and later died at a hospital. That game was obviously postponed.

Somewhere in South Carolina along I-85 North we stopped at a Shoney’s for dinner. It was still chilly, and I was starving. I had cream of chicken soup. I’m normally not a soup guy, but my mind was focused on warmth. I’m not exaggerating when I say it’s the best soup I’ve ever had. It was the perfect meal at the perfect moment. The physical warmth I assumed would come from being at a baseball game on Opening Day showed up in that bowl instead.

I’ve been to a number of Opening Days since then, both as a fan and as a writer. Some I remember well, some vaguely and some hardly at all. Despite the drama and relative unpleasantness, I look back on Opening Day 1996 with fondness. Even though little went right that day, it’s actually one of my fondest baseball memories.

That’s why when I hear the words “Opening Day,” my mind often travels back to those missed World Series rings, some hot soup and a chilly day in Atlanta.

Atletico Madrid knocked out of Copa del Rey by third-division side...

admin - January 23, 2020
0
Atletico Madrid suffered a shock defeat in the Copa del Rey round of 32 as Sergio Benito's extra-time strike secured a famous 2-1...

NASCAR lineup at Phoenix: Starting order, pole for FanShield 500 based...

Why Nobody Has Higher Expectations For Kyle Edmund Than The Player...